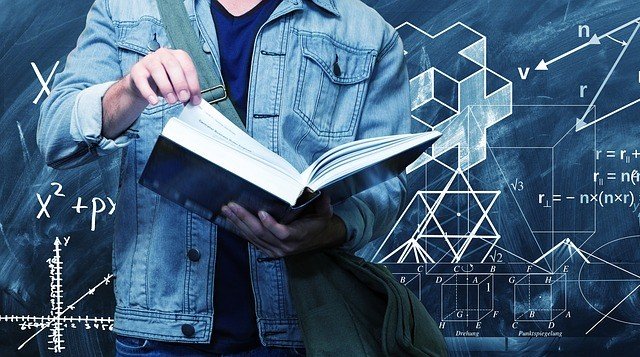 Someone has said, “If You have better information, You always make better decisions“. Exactly don’t know who said this, but it doesn’t matter, the only matter is what he said.

So hello guys, I am Ob, and Today I will gonna tell you 5 best physics-based facts that probably many people don’t know. So Let’s Start:-

Have you ever wondered about what will happen, if you break an egg inside water? It’s going to be a very interesting experiment.

A broken egg on land might make a big mess, but 20 meters below this surface of the ocean, the pressure on the egg is 2.8 times atmospheric pressure, and it holds all together like an invisible eggshell.

2. You Can See Without Your Glasses

Did you know “You Can See Without Your Glasses”, For Example: Let you’re an eyeglass wearer and one day you forget your glasses at home, but in this situation, you can also see things.

All you need to do is make a pinhole on a sheet of paper with your hand, which will help you to focus the light coming into your retina. Sure, it won’t give you 20/20 vision, but it’s good to start if you’ve left your glasses at home.

Have you ever wondered about what will happen if you pop your hand knuckles daily throughout your entire life? Is it going to be bad or good? Everyone asks these questions when they pop their hand knuckles. Ok, let me tell you what is the effect of this.

One researcher popped the knuckles of one hand for 60 years but not the other. At the end of his experiment, he found no difference in their hands. Well, I think now you got your answer.

Before the 4th point, Comment “Did you already know this physics-based fact”. And also share this article with your social media accounts.

4. You’d Better Survive A Grenade On Land Instead Inside Water

If you think you’d better survive underwater than land from a grenade, then you are wrong.

Imagine you were 15 feet away from a grenade that is about to explode. Now, imagine the same uncomfortable scenario, leaving both you and Grenade submerged in a large swimming pool.

When a grenade goes boom, its metal shell breaks, instantly turning into tiny little projectiles blasting in different directions. Getting hit by just one of them would certainly be a grueling affair. And yes, you could argue that because drag force (which is the force of resistance when moving through a fluid) would slow down shrapnel underwater, increasing your chances of not losing your arm or something.

Those sharp bits are just problems you can (hopefully) dodge, though. And the problem which you can’t dodge – which is the resulting pressure wave from the explosion – is one that is pretty much guaranteed to kill you underwater.

On land, the atmosphere absorbs most of the explosive energy due to the compressibility of the air. Water doesn’t behave that way; In fact, it is almost (but not completely) uncompressed. In other words, the water won’t absorb the pressure from the explosion – it will move with it until it hits an air pocket or two that compresses it.

Which, in this case, would be your lungs and all the other nice gas-filled pockets inside your body. And this way you will die instantly.

I think you probably know that “70% of the atoms in the milky way galaxy is hydrogen atoms”.

Other interstellar gases make up around 5 % of the milky way mass. Around 70% of the mass of interstellar gas is hydrogen. Hydrogen is the lightest element of the periodic table. And nearly 9 out of every 10 gas atoms are hydrogen.

So guys these are enough for today.

Thanks for reading till the end. If you have any doubts then must comment below. Also, Comment what’s your opinion about this information “5 Best Physics-Based Facts That Probably Many People Don’t Know”